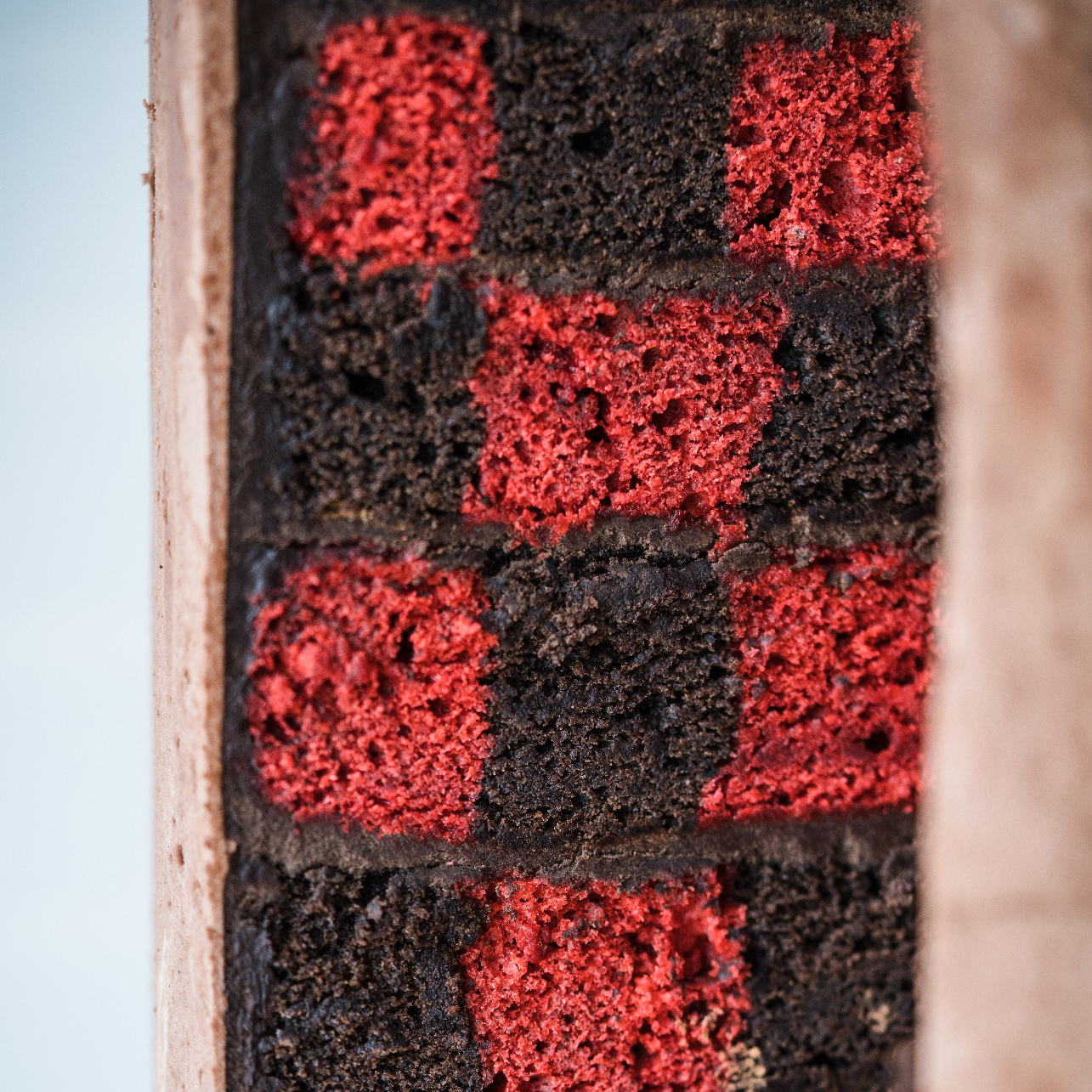 When you want to make a cake that will impress with its incredible flavor and visual appeal, grab this black and red cake recipe. Popularly known as lumberjack cake, this unique dessert features a plaid interior that looks absolutely stunning. But don’t be intimidated when you look at the picture or see the detailed recipe instructions. Surprisingly, it isn’t that difficult to make - it just takes some time and patience. We hope all baking fans will try this amazing recipe forBuffalo Plaid Cake. The presentation alone will be well worth your efforts, but it absolutely delivers in flavor as well! Once you’ve made this cake, share your photos and the recipe with family and friends on Facebook, Pinterest, Twitter or Instagram. They’re going to be in awe!

Then you’ll make the rich, fudgy chocolate frosting according to the recipe instructions and, once the cake layers are cooled, assemble the cake as directed. This promises to be one show-stopping cake that’s ideal for many occasions!

For another beautiful and delicious cake recipe, try our Chocolate Layer Cake with Chocolate Frosting. Cabot is a co-operative of farm families and we work hard to produce our award-winning dairy products. We’d love to hear your feedback on this black and red cake so, if you have a chance, please rate and review the recipe.

*You will need 1 checkerboard cake ring.

To make Dark Chocolate Batter:
PREHEAT the oven to 350ºF.

COMBINE the coffee and chocolate in a small saucepan and stir over low heat until the chocolate is melted. Add the sour cream and vanilla and stir to combine. Set aside.

PLACE butter and sugar in the bowl of a stand mixer fitted with the paddle attachment and beat until light and fluffy, up to 5 minutes. Scrape down the bottom and sides of the bowl and add eggs, one at a time, scraping and mixing in between to make sure each egg is completely incorporated. Add the oil.

ADJUST the mixer to low speed, and add one third of the flour, then half of the chocolate mixture, and continue to alternate between the flour and chocolate until the ingredients are just combined. Take the bowl from the stand mixer and, using a large rubber spatula, fold the batter a few times, scraping the sides and bottom of the bowl, to ensure everything is well incorporated. Fill a large pastry bag with batter.

MIX together in a liquid measure cup, buttermilk, vinegar, and vanilla. Set aside.

TURN the mixer to low speed, add a third of the flour mixture, then half of the buttermilk mixture, and continue to alternate between the two until just combined. Take the bowl from the stand and, using a large rubber spatula, fold the batter a few times, scraping the bottom and sides of the bowl to ensure everything if fully incorporated. Fill a large pastry bag with the batter.

BUTTER the bottom of four 8” round cake pans. If you only have two, bake off the cakes 2 at a time and hold back the remaining batters in the fridge. No problem. Line the pans with parchment, place a checkerboard cake ring in the first pan. Gather both pastry bags, the chocolate batter and the red velvet batter. Pipe the chocolate batter in the middle and last ring and pipe and red velvet in the middle ring. Lightly tap the pan and remove the checkerboard cake ring. Rinse off the ring and place it in the 2nd cake pan. Pipe the red velvet cake batter in the middle and last ring and chocolate batter into the middle ring. Bake at 350ºF for 20-25 minutes or until the cakes bounce bake when gently poked. Allow to cool completely before assembling.

To Make the Frosting:
WHISK together the confectioner’s sugar, cocoa powder, and the salt in a mixing bowl. Set aside.

PLACE chocolate in a heat-safe bowl and place over simmering water to melt. Set aside.

PUT the butter in the bowl of a stand mixer fitted with the paddle attachment and mix until light and fluffy, 3-4 minutes. Scrape down the bottom and sides of the bowl. Add the confectioner’s sugar mixture and turn the mixer speed to low to combine. Add the sour cream and vanilla and then slowly add the coffee. Mix to combine and then add the melted chocolate and mix on high speed until smooth and combined.

PLACE a cake layer (Red/Black/Red) on a cardboard round. Smooth a thin layer of fudgy frosting over the layer and place with a second cake layer (Black/Red/Black). Continue adding thin layers of fudgy frosting and adding layers of cake, making sure to alternate between the Red/Black/Red layers and the Black/Red/Black layers. Refrigerate to set the top coating of frosting for 20 minutes. Use the remaining frosting to coat the sides and top of the cake. Refrigerate to set the frosting, 45 minutes to an hour.