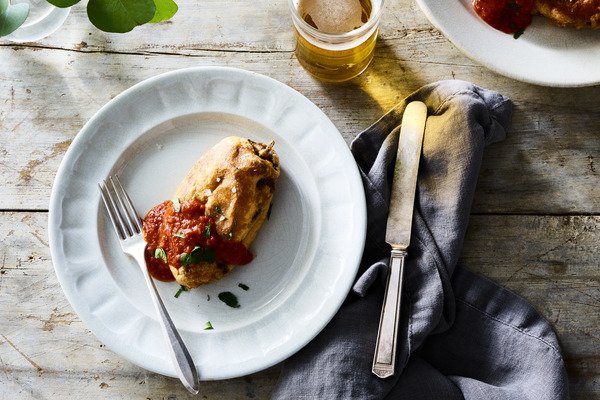 For the chipotle tomato sauce:

For the stuffed peppers:

SAUTE the onions and garlic in 1 tablespoon olive oil over medium heat until translucent, about 2 minutes. Add the cumin and toss into the onions, toasting it for about 1 minute, until aromatic. (This sauce can be made one day ahead.)

ADD half the chipotle and the adobo (or more if you want a spicier sauce) and stir in with the sautéed onion. Add the tomato puree and simmer for about 20 minutes.
Puree with an immersion blender or food processor. Add ½ cup water, 2 tablespoons olive oil, and season with salt to taste.

CHAR the poblanos on the grates of a gas grill over high heat, turning with tongs every few minutes until blackened and soft. Alternatively, you can char the peppers on a sheet pan under the broiler, turning them until they are charred on all sides, about 4 minutes per side.

STEAM the peppers to loosen their skin in a sealed heavy duty ziplock or covered Tupperware, about 10 minutes.

REMOVE the skin by gently rubbing it off with a paper towel, until the majority of the skin is gone. It’s okay if a few charred flecks remain, they will contribute to the flavor.

CUT a 1 ½-inch slit at the top of each pepper below the stem (using kitchen shears), leaving the stem intact. From the middle of the first slit, make another lengthwise slit going down towards the tip of the pepper. Do not cut all the way through.

SPREAD open the slits you’ve made in the pepper and open it up. Using the kitchen shears, cut out the seed pod at the top of the pepper. Use the scissors to cut out any membrane.

STUFF each pepper with a ½ cup of the sharp cheddar. Fold over the slits of the pepper so no cheese is exposed. Don’t worry if there are some opening with the cheese exposed—the openings will seal as soon as they hit the hot oil.

HEAT 1 ½ to 2 inches of vegetable oil in a deep skillet to reach 375°F. Make the egg batter. In a bowl, whisk together the one egg yolk and baking powder. In a separate bowl, whisk the egg whites until soft peaks form. Whisk the yolk mixture into the egg whites. Re-whisk and aerate this batter just before you coat the peppers and just before they are fried to create a very airy and crispy crust.

PLACE the flour in a shallow dish and season with salt. One at a time, dredge the stuffed peppers in the flour. Immediately dip the dredged peppers in the egg batter to coat completely, letting any excess batter drip off.

PLACE one or two peppers in the hot oil carefully, always frying the cut side first to help immediately seal any openings. Fry each pepper 4 minutes per side, until golden brown. Set the peppers on a paper towel to absorb any excess oil, season with sea salt, top with chipotle sauce, and serve immediately. Serve with avocado slices, rice, and refried beans. 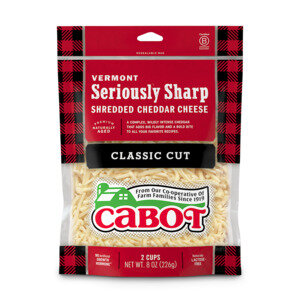 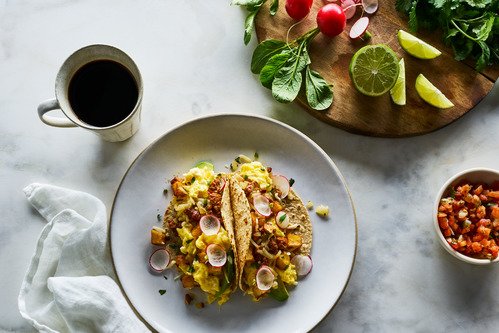 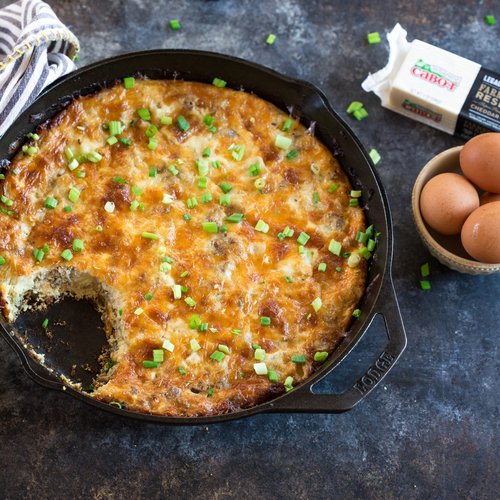 Cauliflower Breakfast Casserole
Rated 5 out of 5 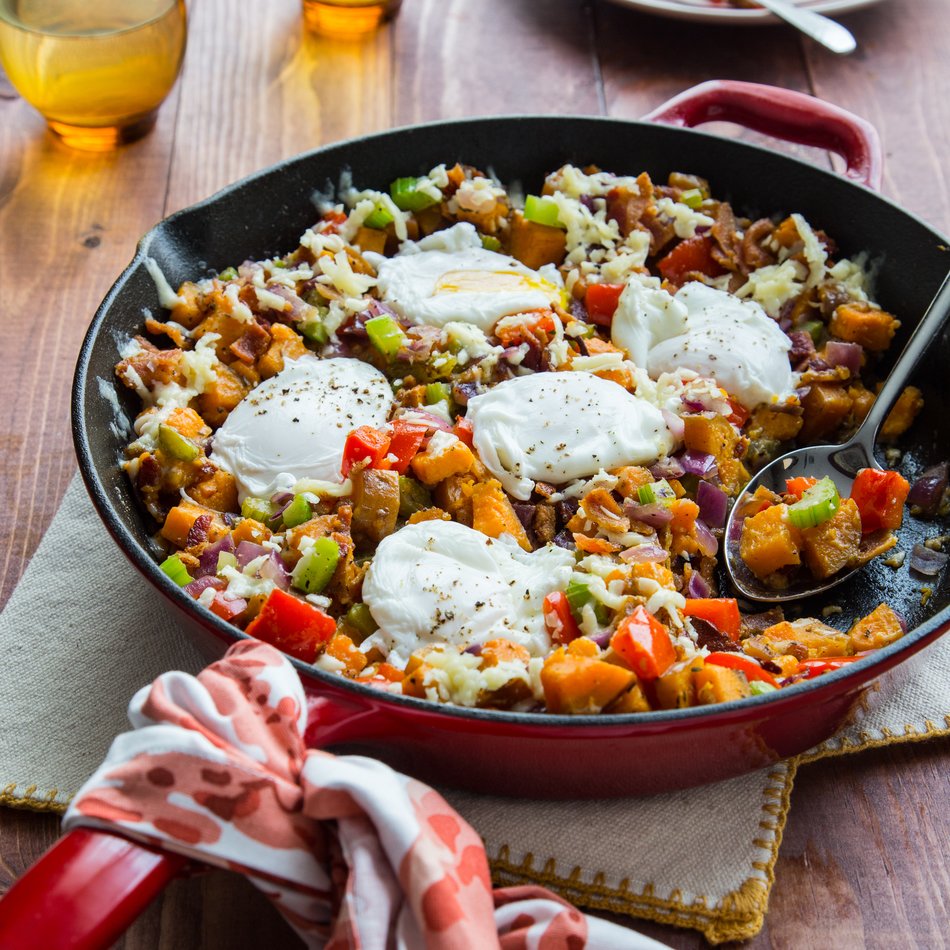 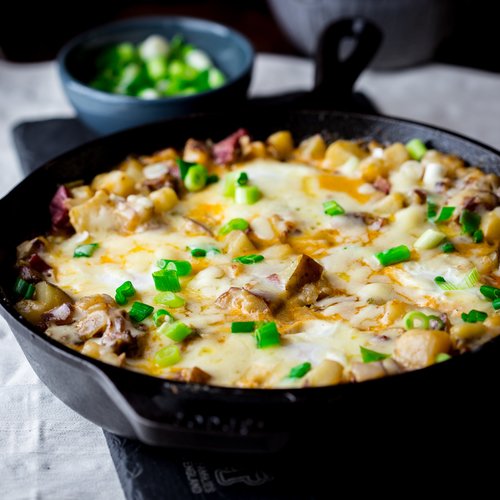 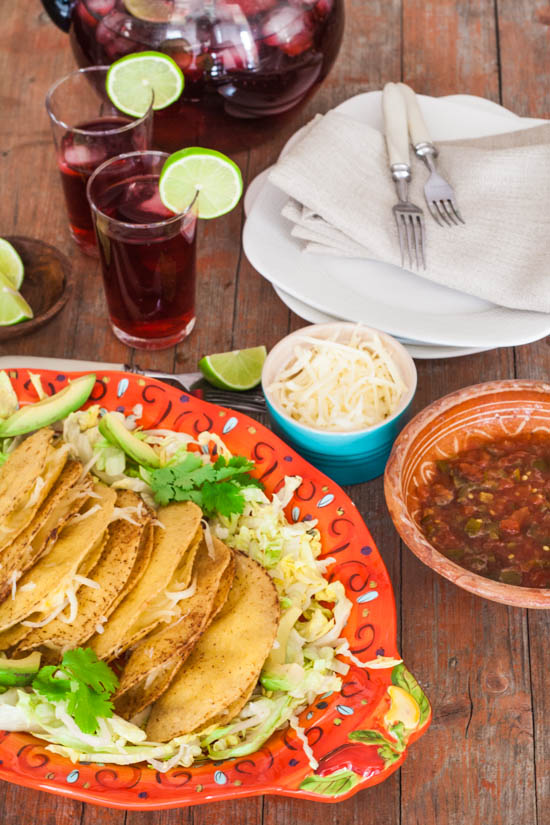