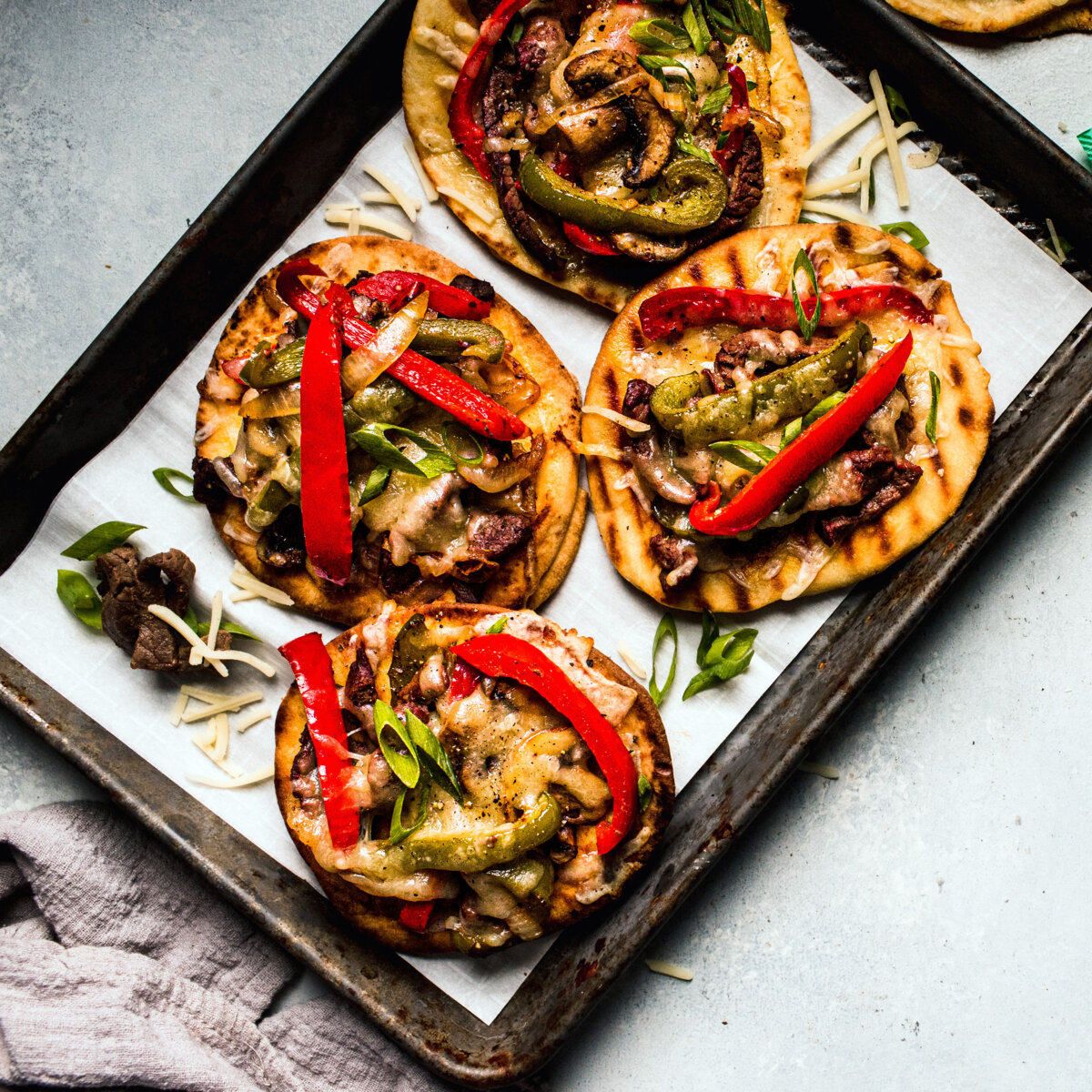 HEAT a cast iron skillet on the grill to a medium heat. Add 1 tablespoon olive oil.

ADD the beef to the skillet and allow it to brown, stirring occasionally.

ADD the Worcestershire sauce, salt and pepper to the pan. Continue to cook 1-2 minutes longer. Remove beef from the pan and set aside.

ADD the butter to a second skillet on the grill. Once melted, add the mushrooms and cook until browned, about 10-15 minutes. Then remove the mushrooms from the pan and set aside with the steak.

ADD the remaining 1 tablespoon olive oil to the beef skillet and add the sliced onion and peppers. Cook, stirring occasionally, until the onion starts to brown and caramelize, about 7-8 minutes. Add the meat and mushrooms back to the skillet and mix to combine.

PLACE the naan on the grill and cook for 3-5 minutes on one side until beginning to crisp. Flip and layer with the meat-pepper mixture and sprinkle with cheese.

CLOSE the grill cover and cook, 3-5 minutes longer, until the cheese has melted. Sprinkle with sliced green onions to garnish. 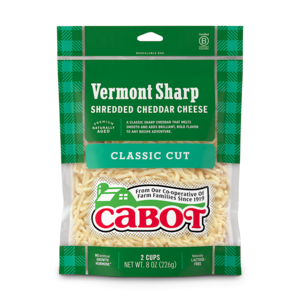 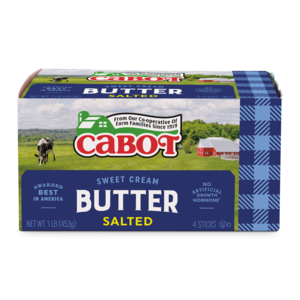 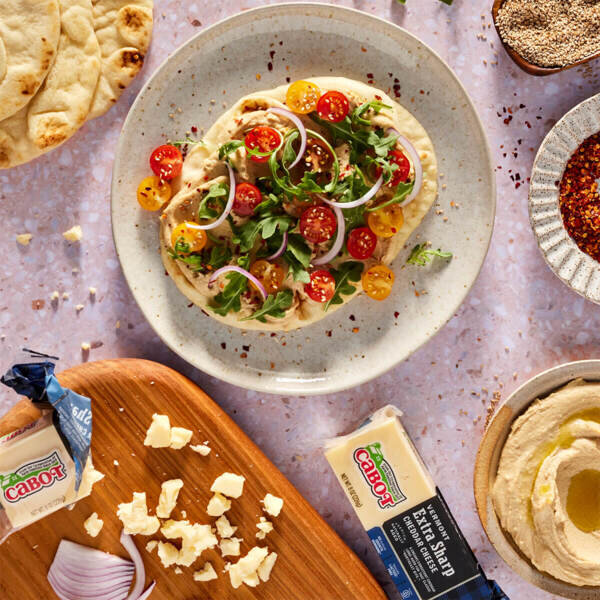 Naan Bread with Hummus and Veggies

Make a Cheese Board 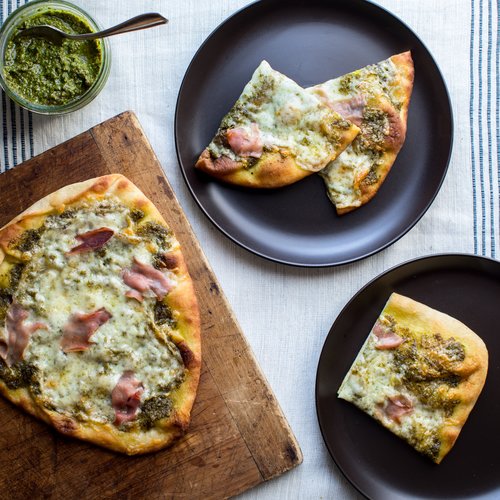 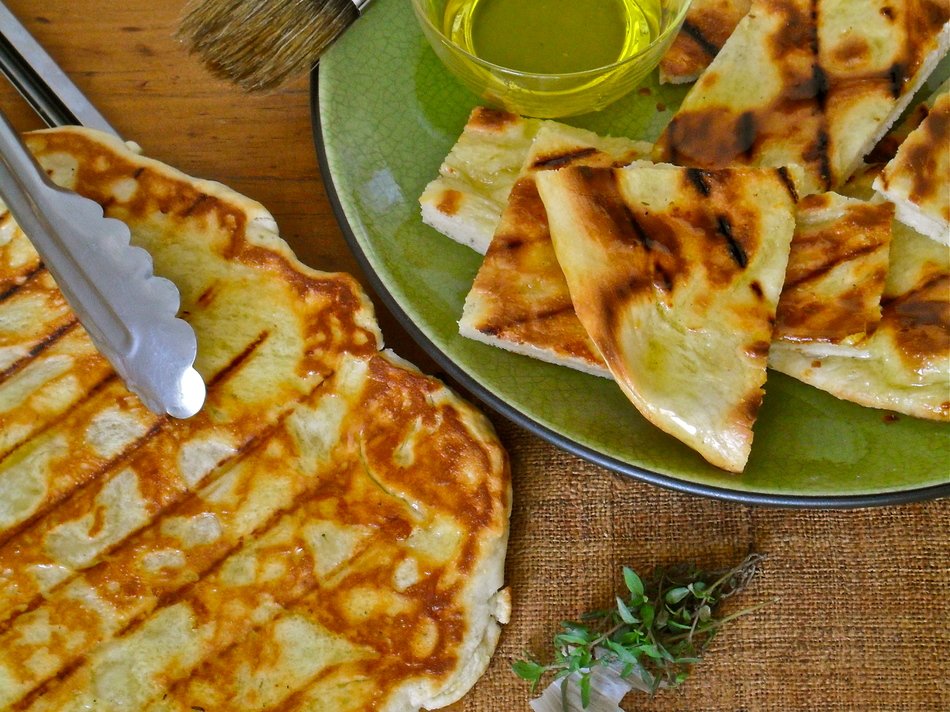 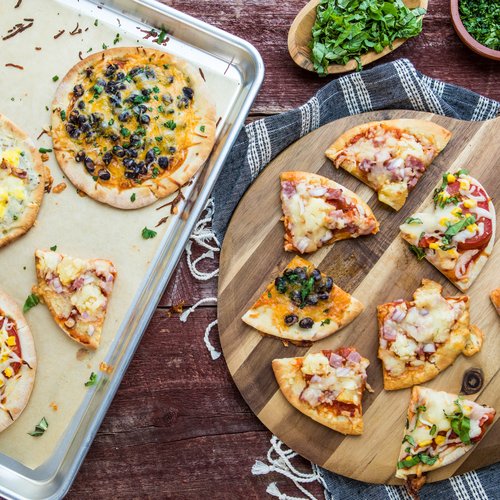 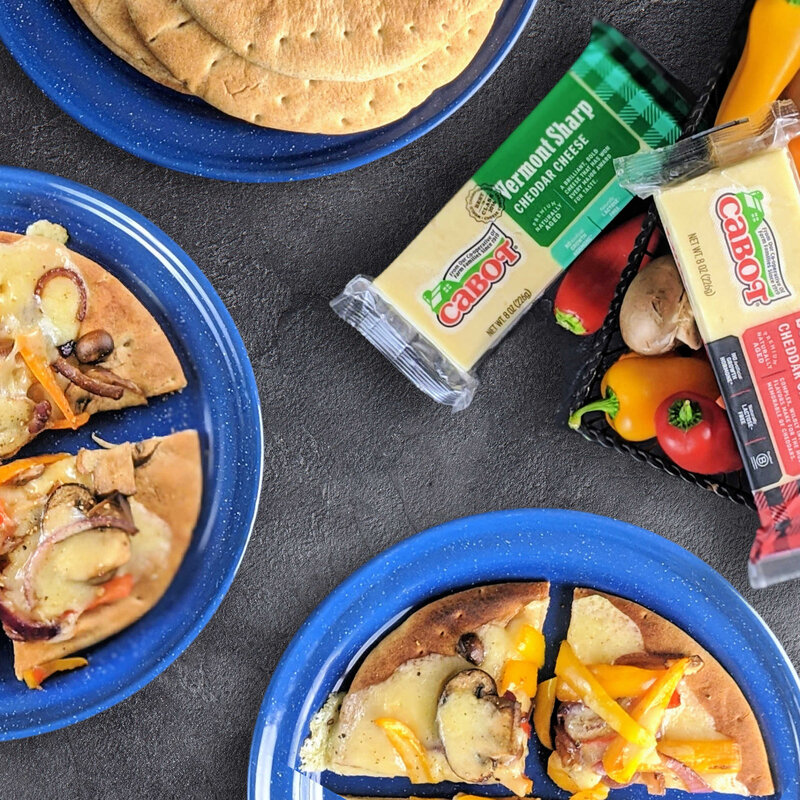 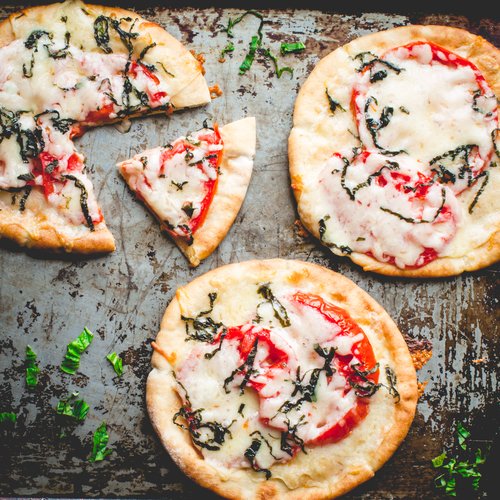