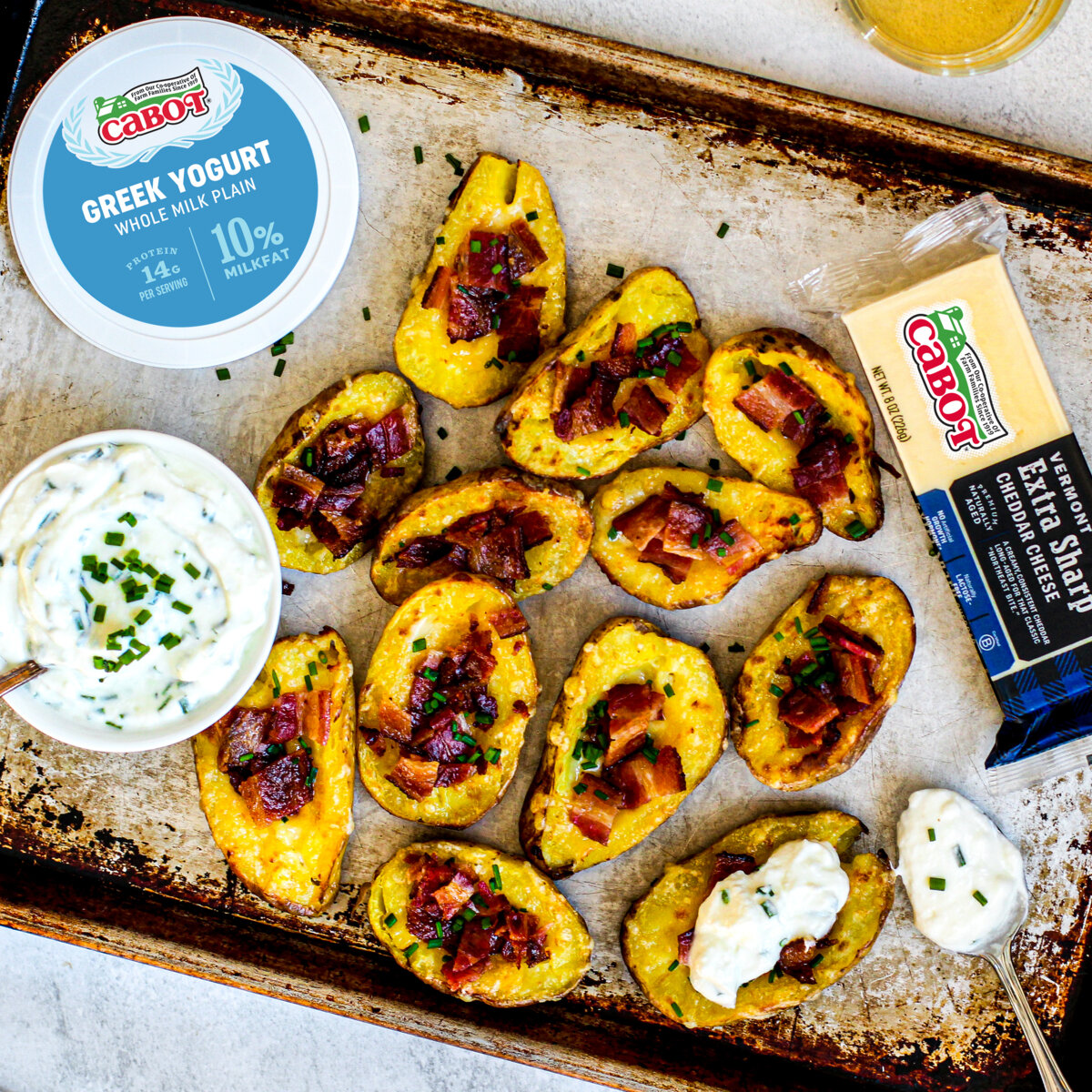 WASH the outer skins of the potatoes. Then using a fork, poke holes 3-4 times into each potato. Microwave for 12 minutes.

CUT the microwaved potatoes in half length-wise and lay them face up on an aluminum lined baking sheet. Use a teaspoon to remove some of the inside of each halved potato. (Save the scooped potato for another meal or eat them topped with cheese, salt and pepper!)

TOP the potato skins with shredded cheese and the chopped cooked bacon. Broil 5-7 minutes until the cheese has melted and turns a golden brown.

STIR together Greek yogurt, onion powder plus ½ teaspoon each of salt and pepper or to taste. Stir in 1 tablespoon minced chives.

GARNISH the loaded skins with the remaining chives. Serve them with the chive yogurt. 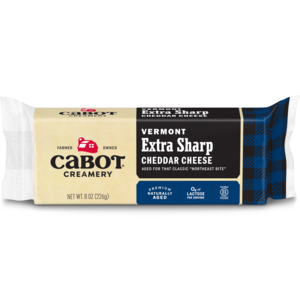 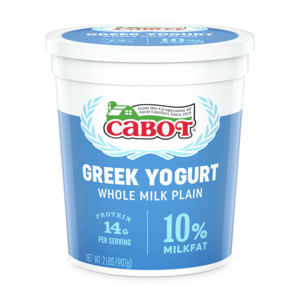 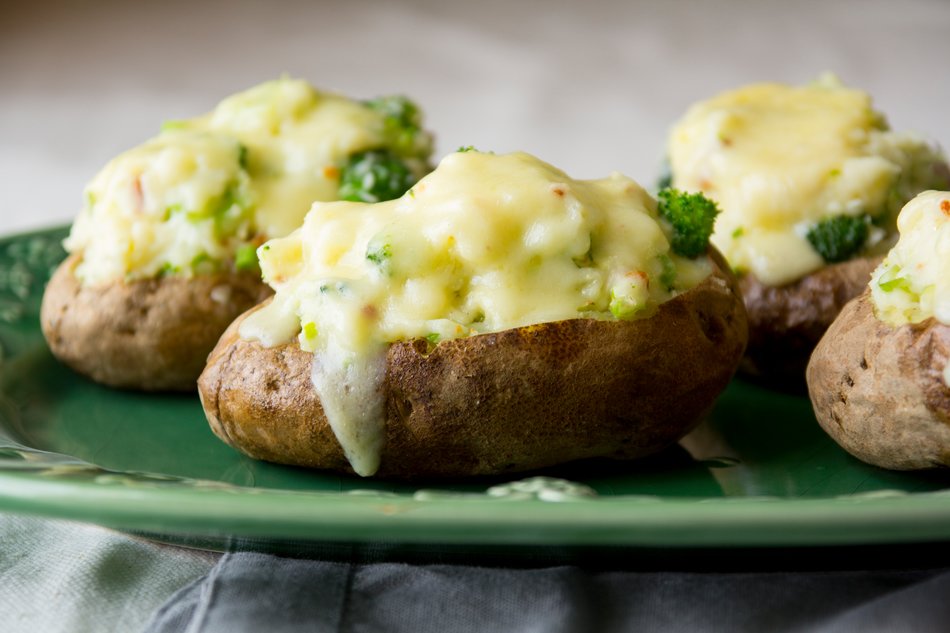 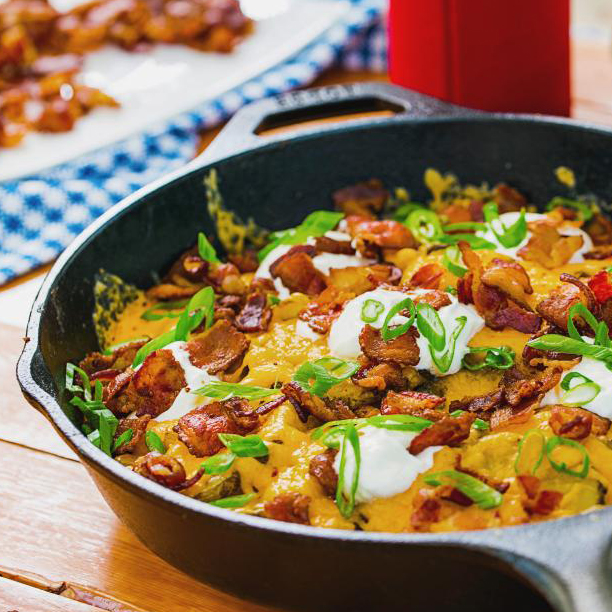 We know a thing or two about cheese 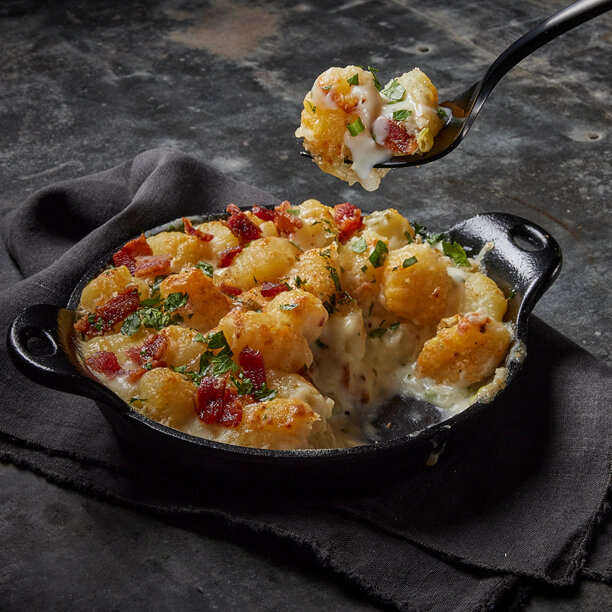 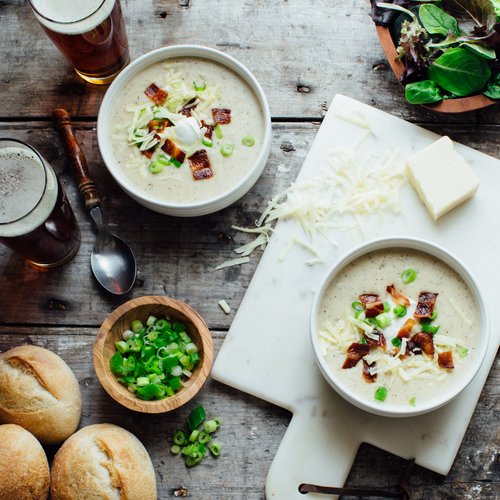 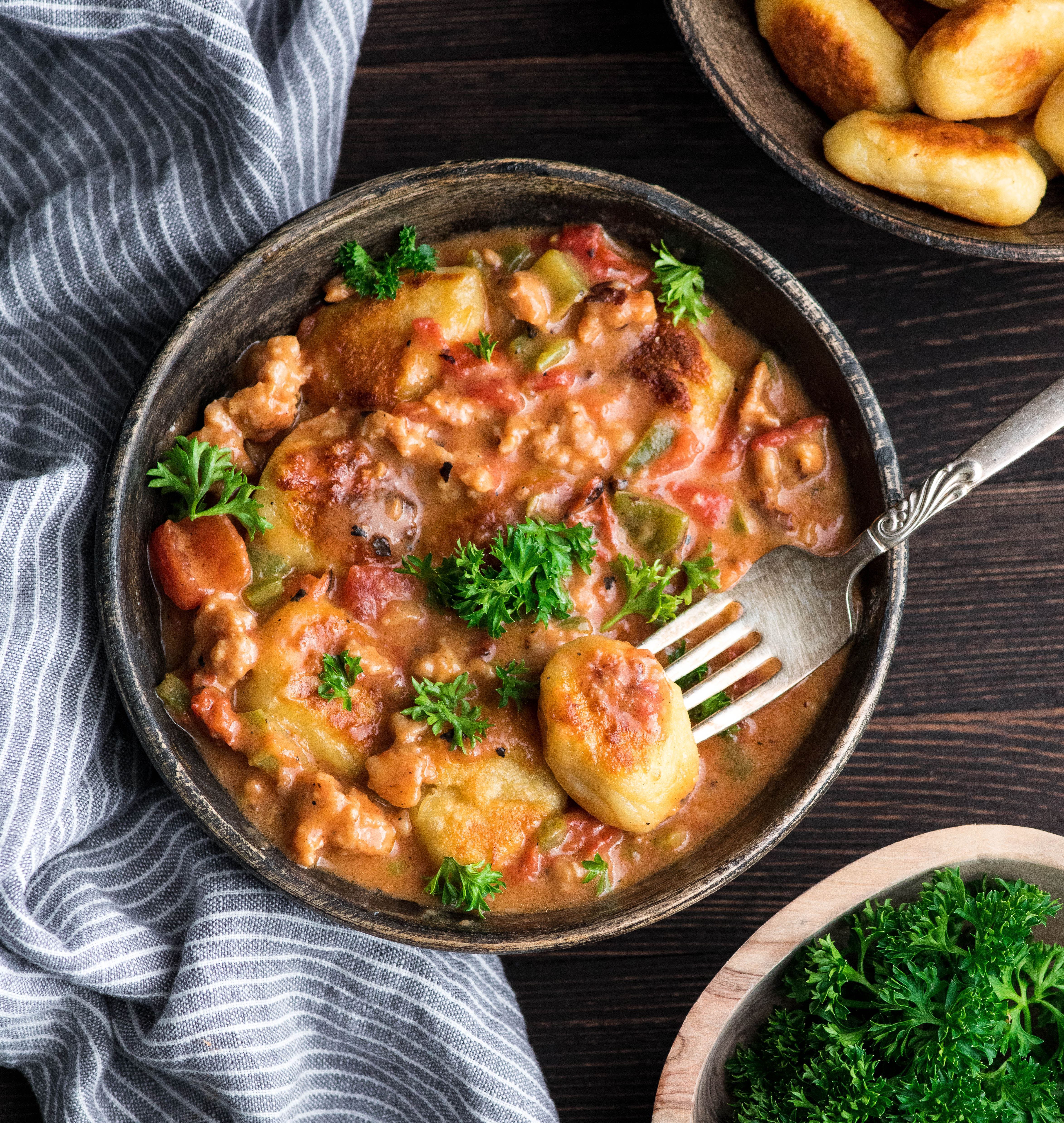 Gnocchi and Sausage with Cheese
Rated 4 out of 5 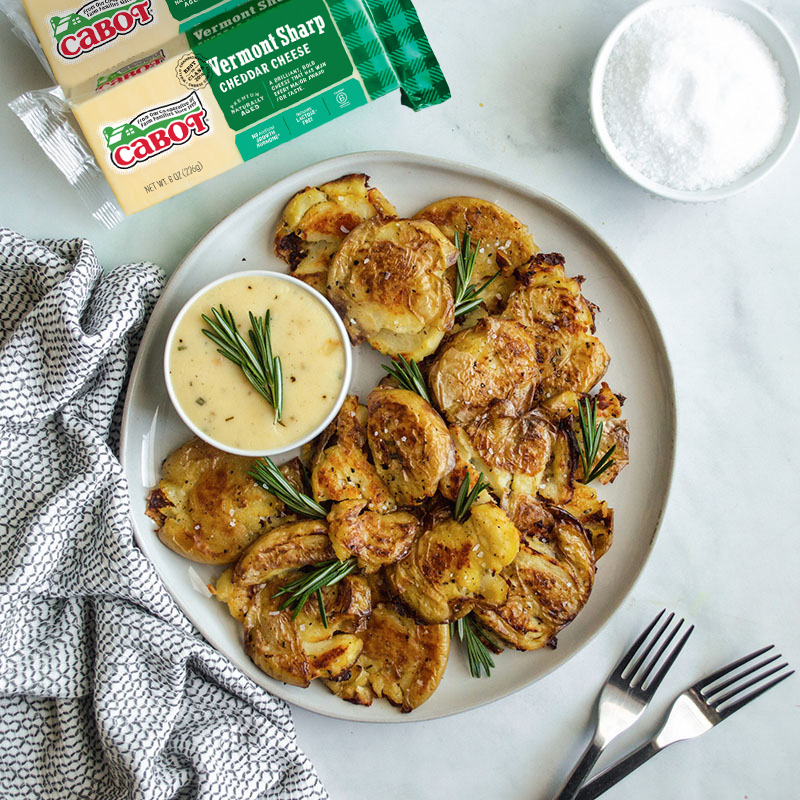